This piece began when I found some early 19th century almanacs in the attic of my family home in Rhode Island. The written and visual coding of the almanacs fascinated me. I did not understand them, but I realized that previous generations were dependant on them for meteorological, economic and geographic news, as well as other miscellaneous information. Reading the almanacs got me thinking about the loss of particular histories through time, and the way the presentation of information has changed.

On the same trip I also found rubbings that my grandfather had made of our ancestors gravestones (which are no longer standing). I have had a long- standing interest in funerary architecture but I was not that aware of these familial rubbings. Again I was struck by the fact that the once common gravestone imagery (skulls, angels, hour glasses) had passed out of favor and been lost.

Finally, I found an almanac called “The Davy Crockett Almanac” dating from 1836. In it was an amazing engraving of a man speaking; out of his mouth streamed a spray of triangles. The way the author/artist combined a realistic face with an abstract image of language struck me as something very contemporary. This combination of abstraction and realism is something I have integrated into much of my past work.

Out of these mental wanderings I began to construct the installation that became Speaking through Stones as a way of exploring these images and ideas. I wanted to create a place that was uncanny, somewhat familiar but with its own internal logic. 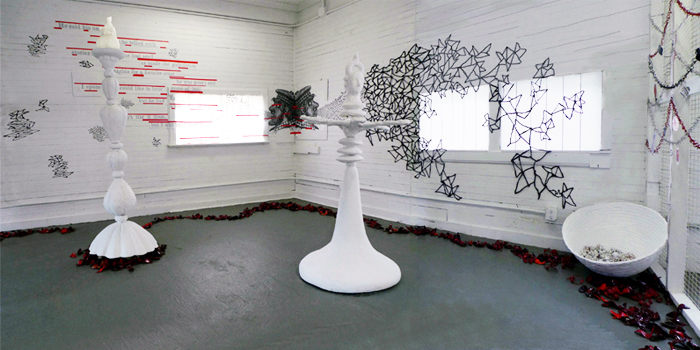 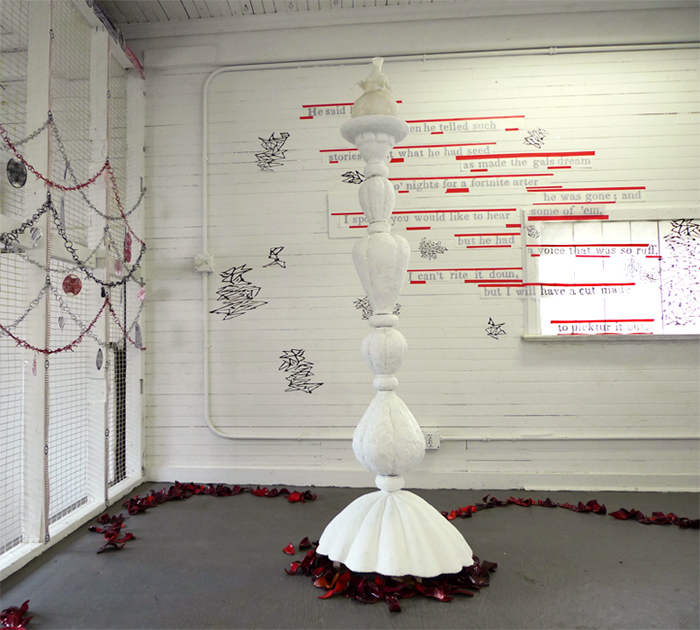 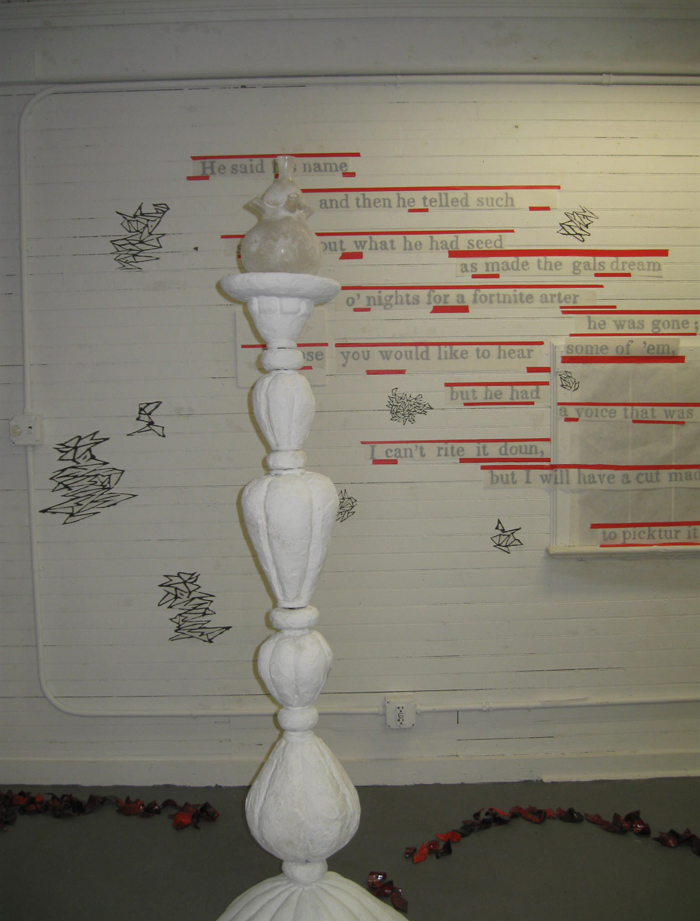 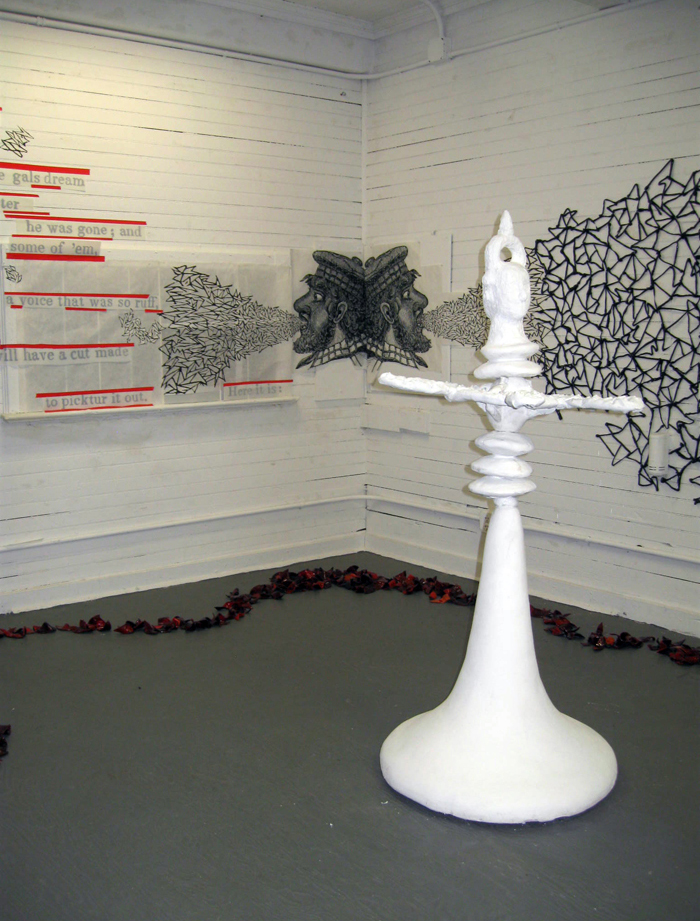 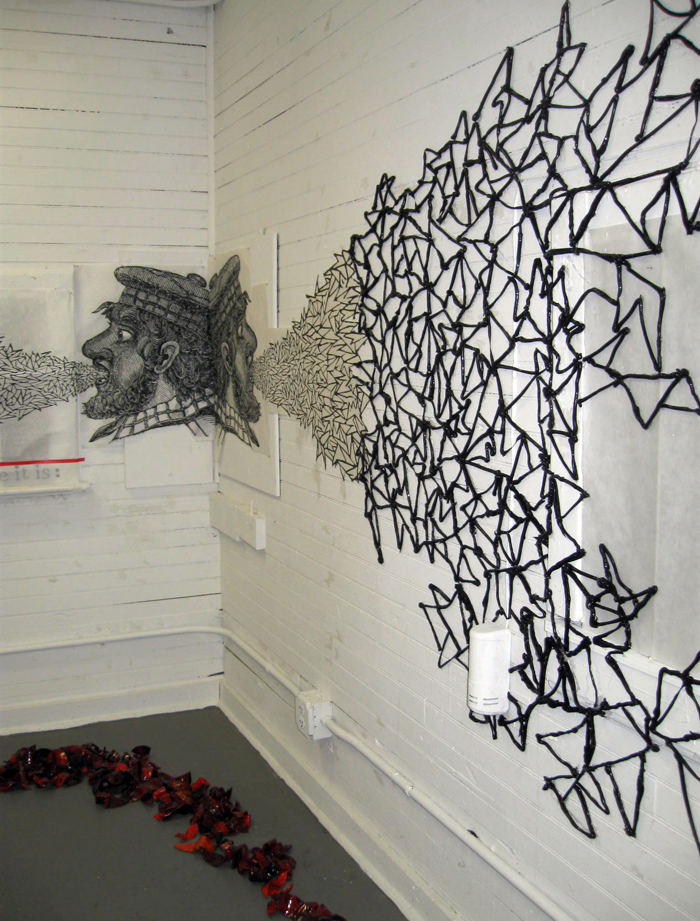 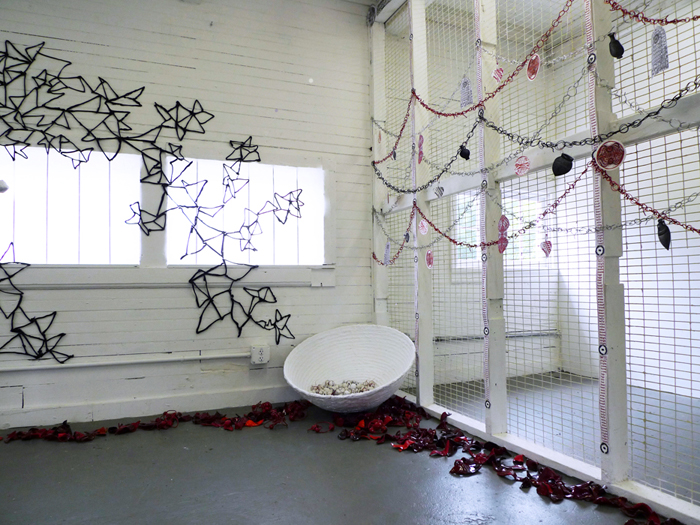 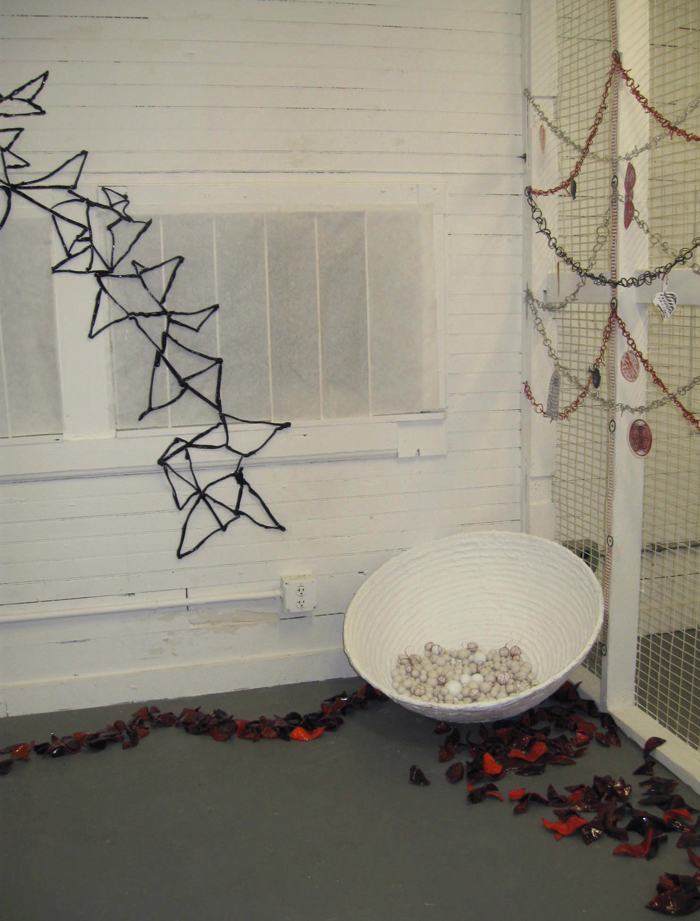 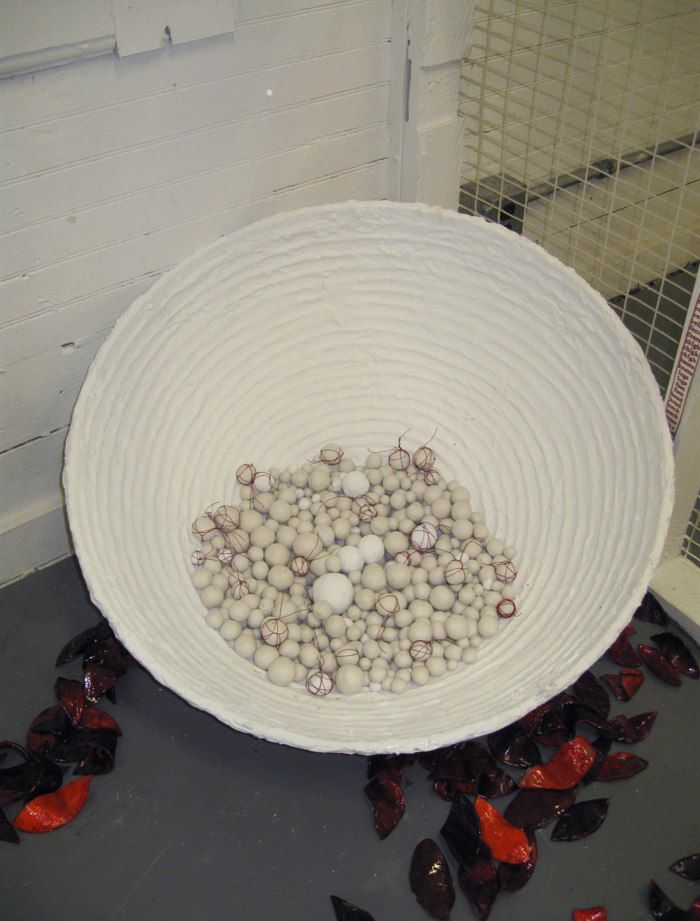 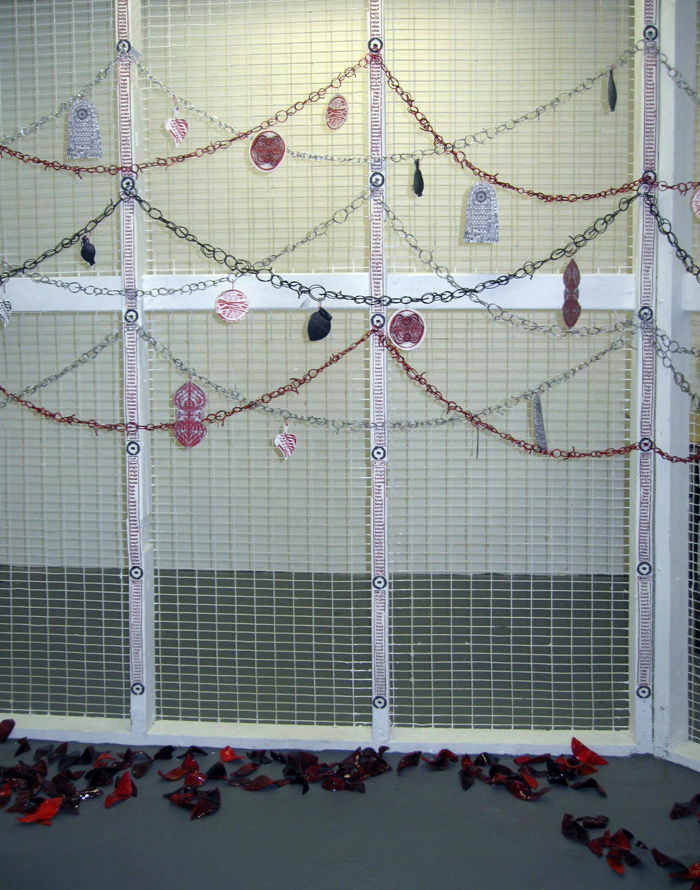 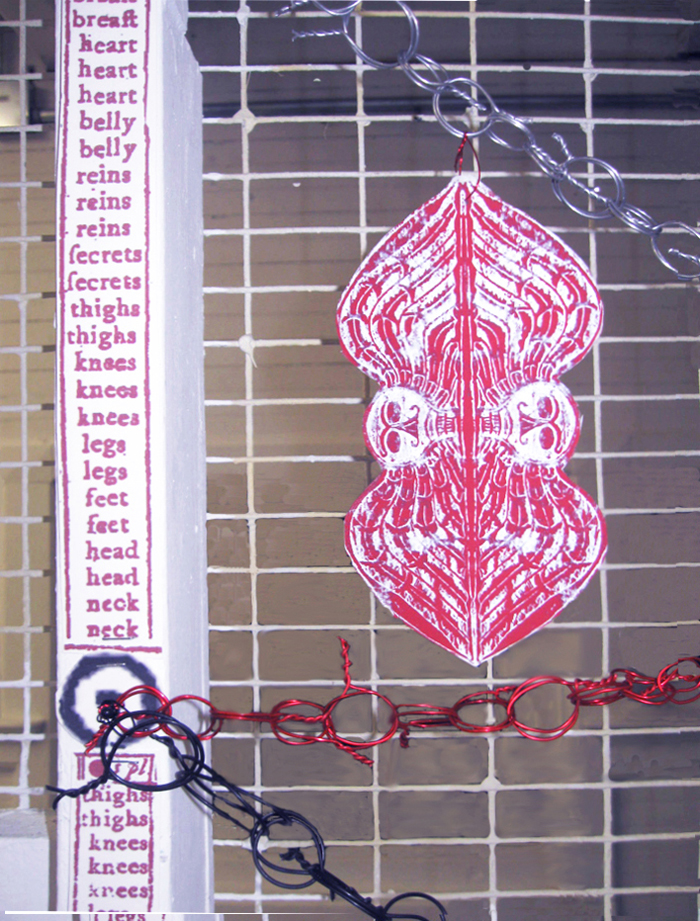