All-American Personalities with Kali’s Tongues (2018)
Back

“Spectral Evidence” is an installation Inspired by a true story of Colonial American judgement and repentance. I created a visual interpretation of guilt and remorse and the potential for forgiveness. My ancestor Samuel Sewall was a judge in the Salem witch trials who later publicly recanted and confessed his sins in church. This installation visually interprets his penitence and gives space for the people killed as witches as a result of the trials.

Twenty gravestones face off their accuser while he bears the burden of their deaths. Riffing off Early American gravestone imagery I deconstructed the “death head” image to create winged creatures with feet stuck in the amorphously shaped stones. The dead could rise again- at least in spirit. While these sculptures were originally conceived as gravestones honoring the wrongfully killed, they took on new layers of meaning during their making. They became markers of Covid death, of gun violence death, and of other recent senseless killings by police. They took on a feeling of collective mourning for all that has been lost during these difficult times.

The figure sculpture inspired by Samuel Sewall himself depicts a rambunctious version of a hair shirt (which he wore from the time of his confession to the time of his death) standing atop a scaffolding covered with gallows. More tiny gallows hang from shanks of hair in the shirt and cascade onto the scaffolding. This representation of guilt and shame is a vibrant and slightly humorous apparition, a visual cautionary tale.

Along with the sculptural installation I am showing a suite of collages that accompany the 46 stanzas of Elizabeth Willis’ poem, The Witch. Willis, herself a descendant of one of the alleged witches, has written a luminous poem that combines folklore and observation into a celebration of women. We imagined this project as a meeting of current day stand ins for the accuser and the accused- resulting in a new and more positive ending.

View pages from "The Witch" 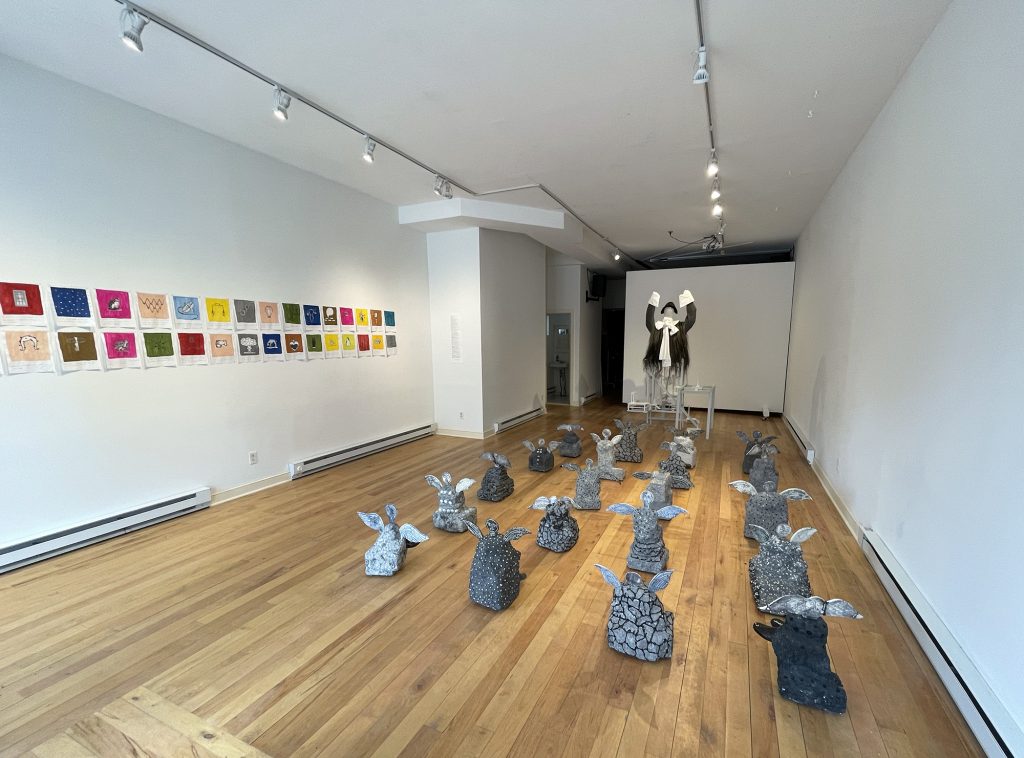 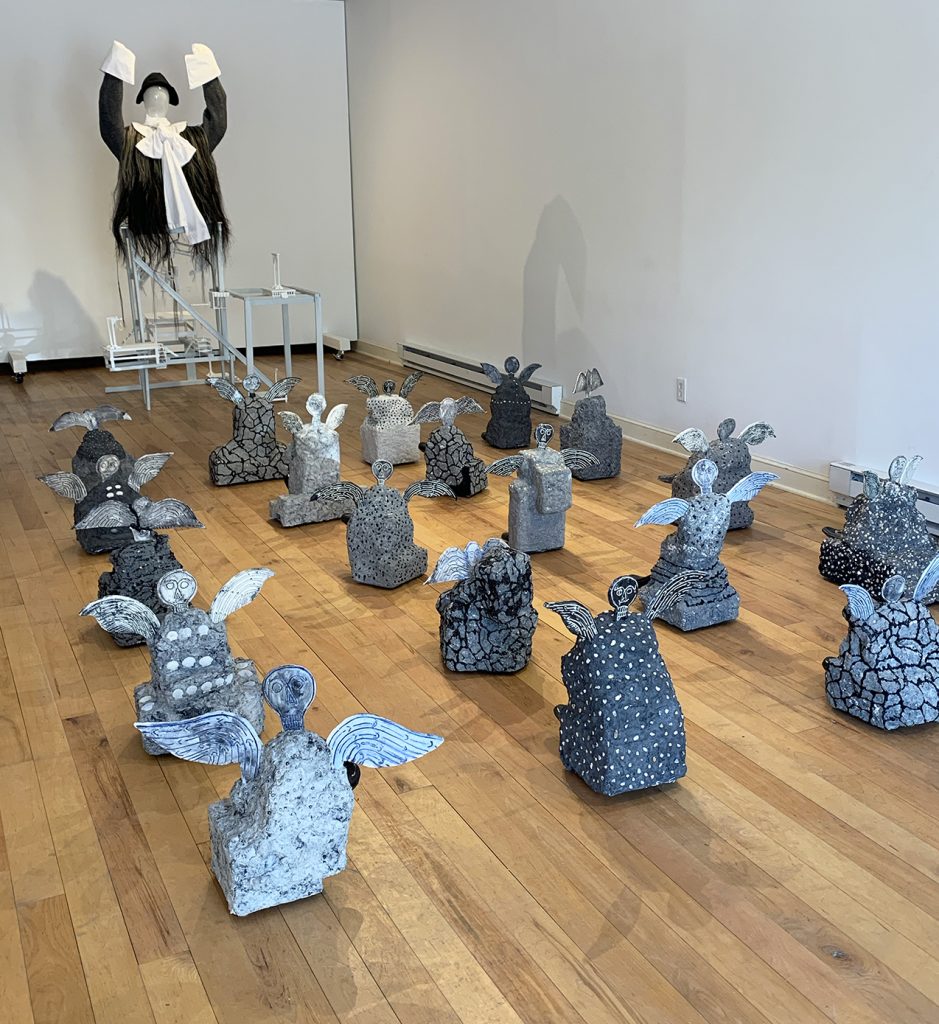 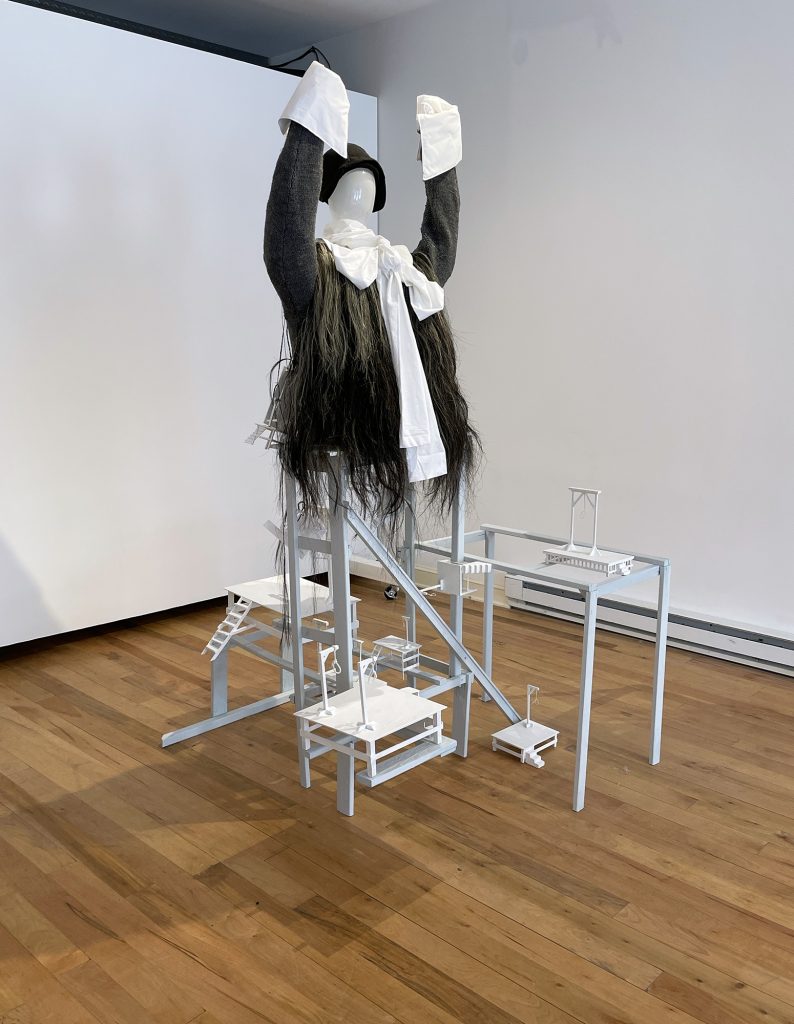 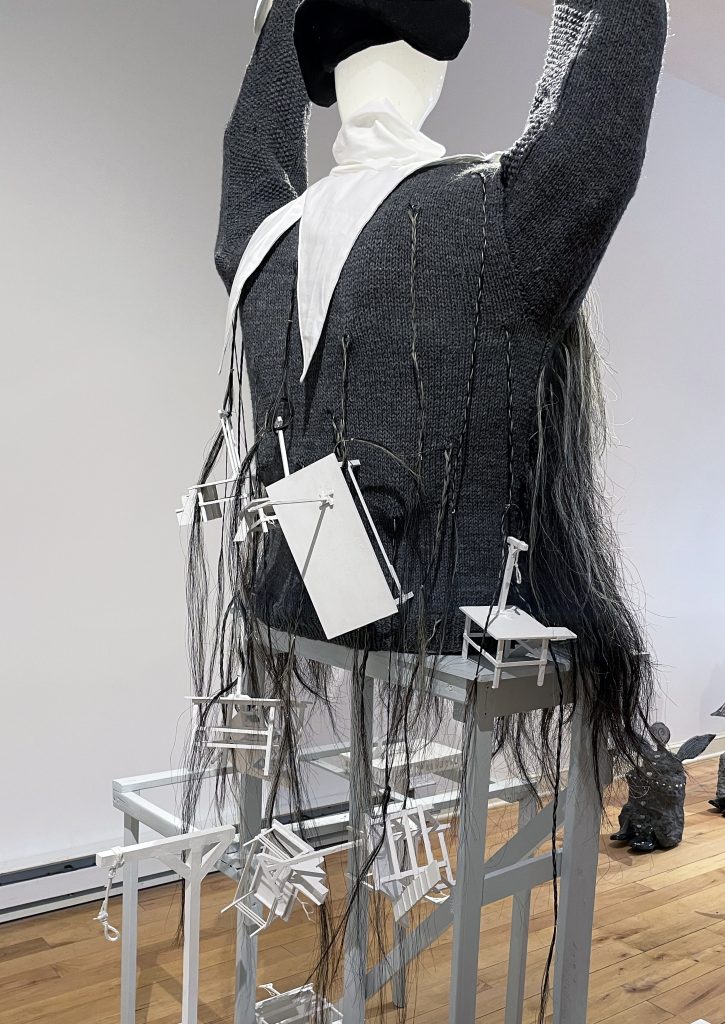 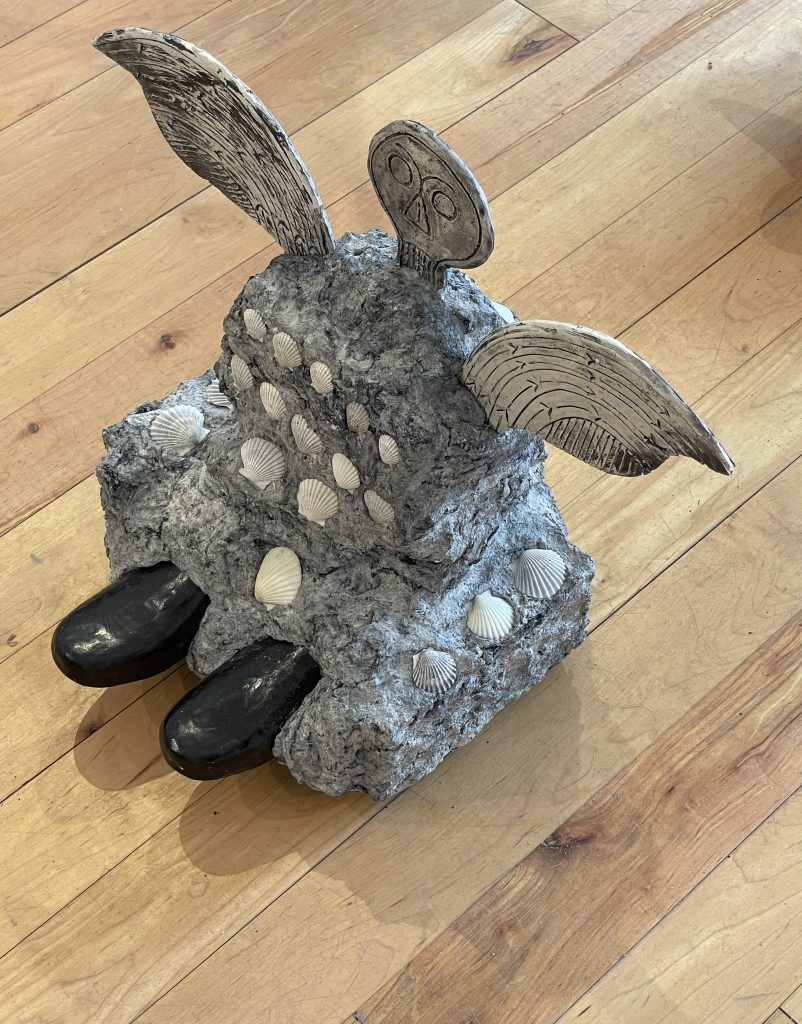